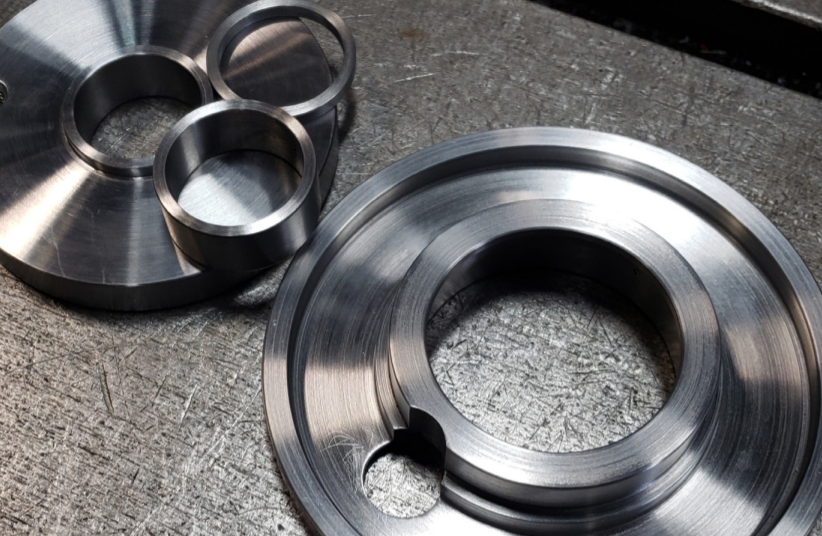 Coining equipment manufacturer Columbia Machine Works has thrived for more than 60 years by producing highly specialized equipment and taking on challenging jobs that tend to scare away the competition.

“The programming alone takes us at least half the time that it once did and if we had to do it at the console we’d have too many errors.”

“What sets us apart is that we don’t mind doing ‘weird’ jobs,” said John Sol, owner of the Oakland, Californiabased Columbia Machine Works. Sol was hired as a highschool student by his father-in-law o sweep the floor of the shop that he now owns. Today, he works alongside his son, third-generation manufacturer Jonathan Sol, vicepresident and shop foreman for Columbia.

As the demand for coining equipment can be unpredictable, the Sols have diversified to serve multiple industries and a wide variety of demands. “One of the things that makes us different from other shops is that we don’t mind working with customers who are vague about what they want and developing the final product with them,” Jonathan Sol said. The company shifted from being a sole repair and job shop in 1963, when John Sol’s father-in-law designed and began to produce a new type of coining press. Columbia has since produced coin presses and rimming machines — which deburr the rough edges on blank coins — and even machinery designed to destroy currency. While some of the company’s equipment has been sold for use in domestic locales such as San Francisco, most has made its way to Greece, South Africa, Netherlands, Singapore, Australia, and India. “We still service the machines that we made in the 1960s, but over the years we’ve designed and built other equipment that goes with it,” said John Sol, who was inspired to design machinery equipped with an air-propelled coin track during a game of air hockey.

To increase its ability to diversify, work with 3D models and ultimately manufacture more complex parts, Columbia Machine Works purchased the SURFCAM TRADITIONAL computer-aided-manufacturing (CAM) solution in 2015. The Sols find that the solution helps them to better respond to a wider variety of production demands. “We were using another software that was very good in 2D, but not as good in 3D,” said John Sol. “Getting SURFCAM changed the way we manufacture parts because we can generate a nice 3D model and machine it easily.” The Sols note that SURFCAM TRADITIONAL pairs well with its computer-aided-design solution, SOLIDWORKS®, by Dassault Systèmes. 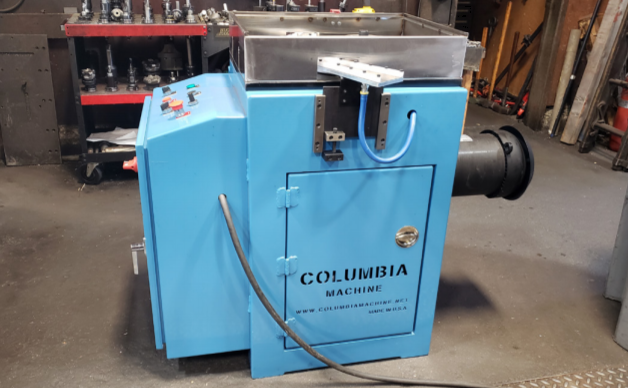 “Our former CAM system wasn’t strong enough in 3D for us to import our 3D models,” Jonathan Sol said. “For us, the ability to handle solid models was part of the big push for us in moving forward. Doing 2D parts or 2-and-a-half dimension parts was not the way that we wanted to go.” When it comes to making chips, the Sols — who machine in up four axes with the addition of a rotary table on one of their 3-axis mills — rely on the specialized cycles within SURFCAM TRADITIONAL . The solution offers a number of strategies specific to the operation requirements and conditions unique to each job, which makes it easy to respond to varied demands.

“When we’re looking at a job, we look at the size of the blanks we’re going to buy to determine how we’re going to approach it with roughing and finishing tools,” John Sol said. “SURFCAM’s really good because it has roughing and finishing cycles.” Among the specialized 3-axis and 4-axis milling features used at Columbia is the Z-level roughing strategy. The Z-rough cycle performs tool movements along the X and Y axes, using Z-axis increments to remove large amounts of material. “You can set how much material Z-rough takes per pass, and how much material is left behind,” Jonathan Sol said. “After I do a Z-rough operation, I will usually finish with a Z-finish or a planar finish operation. How I approach a job really depends upon the parts and the material that I’m using, but the software allows me to customize my approach.” Like the Z-rough cycle, the Z-finish cycle uses Z-axis increments to perform finishing operations. Z-finish toolpath is capable of cutting multiple surfaces by using a two axis (X and Y) contour cycle in Z-axis increments. The Z-finish cycle is best utilized for cutting surfaces or areas that are steeper or close to being vertical. Planar finishing is ideal for machining multiple surfaces in a single operation.

SURFCAM TRADITIONAL offers both manual and automatic functions, such as manual and automatic feature identification, and the two types of functions can be used interchangeably. This provides users with the flexibility needed to customize their programming processes. “Whether I select all of the features at once depends on what I’m doing and how big the parts are,” Jonathan Sol said. Before jobs are sent to the shop floor, the Sols verify toolpath and run a simulation of each operation. SURFCAM TRADITIONAL allow users to view parts from multiple angles, as well as in wireframe, to ensure that potential collisions are caught before operations begin. 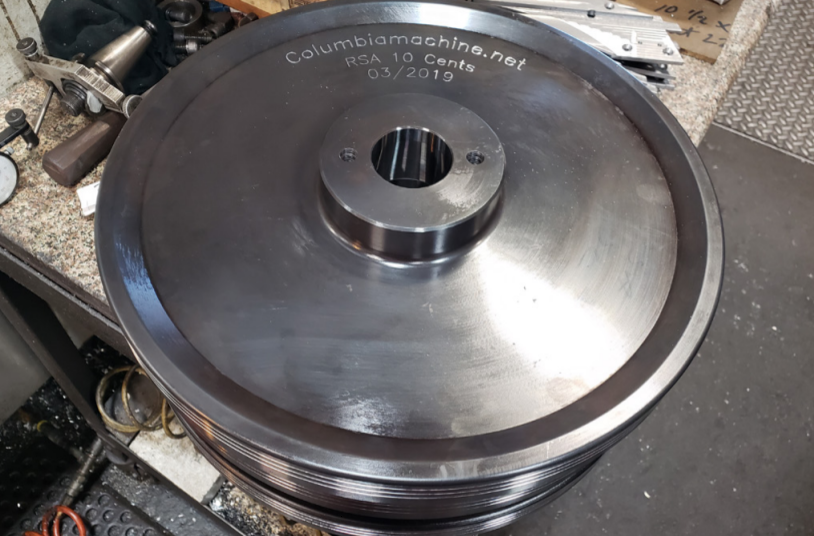 “When we proof the program, we have found that the technical errors don’t arise,” John Sol said. “When you go in and have a solid model and watch the toolpath cut, it does a great job of making the simulation and G-code match,” added Jonathan Sol, who takes advantage of the solution’s graphics tools to inspect completed programs. A layering function can be used during the simulation process to isolate specific features and associated toolpath. “Layers are very handy, especially if you have a complex part and you want to isolate what you need to see,” he said.

Implementing SURFCAM TRADITIONAL has also improved the process of working with other machine shops, many of which also use the solution. “It’s convenient because there are a lot of people who use SURFCAM, so we can easily trade files,” Jonathan Sol said. “It’s a benefit for the other shops and for us.” Additionally, Columbia has cut programming and machining time and is now able to devote more time to other tasks. “We trust the software,” Jonathan Sol said. “By letting it do its job, I am able to make more and make something else with my brain power.” 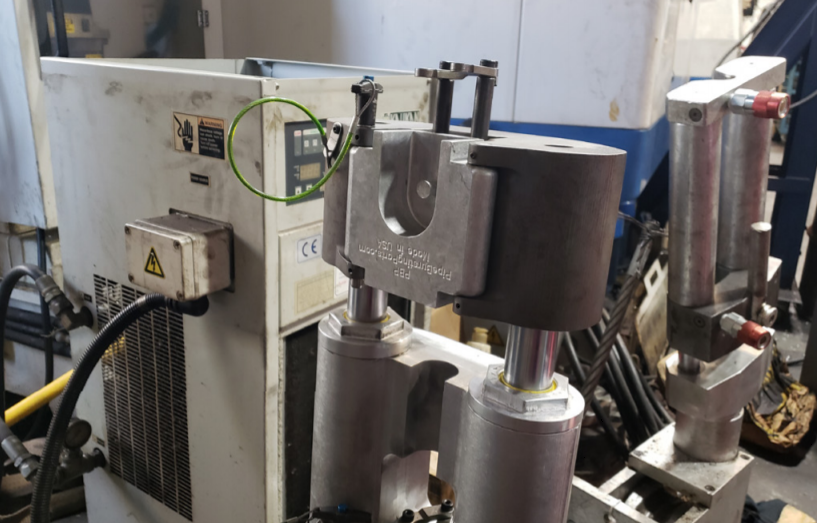 “Just the programming alone takes us at least half the time that it once did,” John Sol said,” and if we had to do it at the console, we’d have too many errors.”

Event Details: Where: Productivity, Inc. When: …